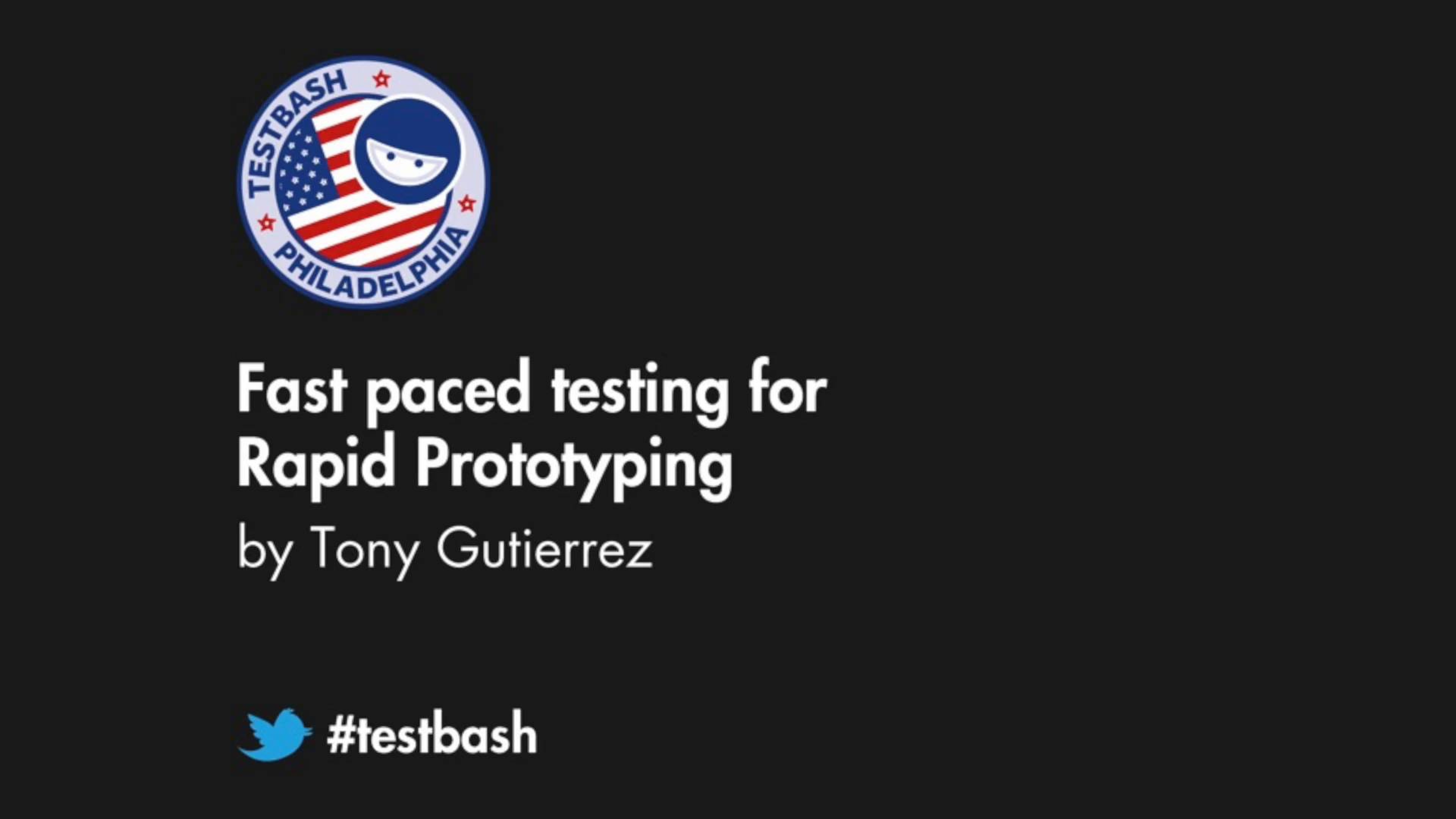 With most companies and startups embracing lean startup and agile philosophies many times quality can be sacrificed. Either testing is cut away, not taken seriously or not even part of the team. One of the reasons is that many view testing as a bottleneck that only slows down velocity.

This does not always have to happen! Testing can be restructured so it is not the bottleneck and does not have to impede developer velocity. During my career, I have worked on various prototype projects either as a consultant or as part of an innovation team, where we built MVP prototypes quickly and then iterated either to a production version, handed over the prototype to a production team or scrapped it and pivoted to something else.

In my talk I want to go over how I fought to be included as early as possible and was able to highlight potential areas of concern before development even began, allowing the team keep a steady velocity and own the quality of the prototype. How I was able to overcome difficult obstacles such as Developers that were still used to tossing code over the wall, POs that did not think testers should be included in requirements gathering, and convincing the team that a tester brought more to the table than just finding bugs.