How To Be A Redshirt And Survive! - Dan Billing 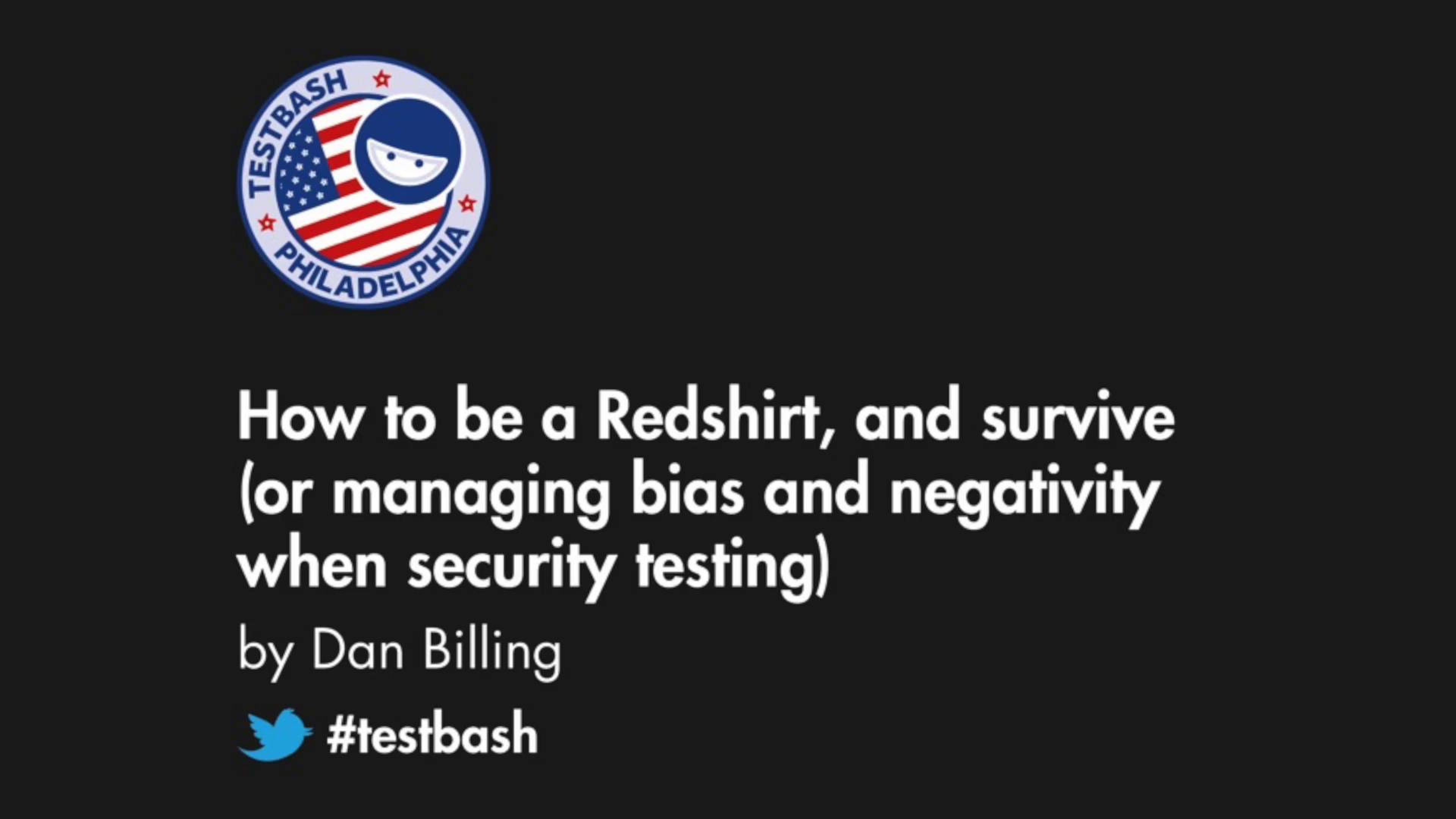 What is a Redshirt?

In science fiction lore, it's those unfortunate crew members who give their lives. Either to protect their comrades or in an act of ill-prepared bravado, without learning from the mistakes of their predecessors.

For me, it's become a great way of describing the pitfalls and problems of security testing. I'd like to rebrand the Redshirt so that it becomes a mark of preparation and a developing mindset for security.

This talk will help you understand how to identify the biases at play when security testing. We will explore the negative behaviours that can challenge you when security testing. The security mindset is more than tools and technical skill. It's about having an instinct for spotting problems that are often hidden in plain sight. It's about exploring the problems that some may prefer to brush under the carpet.

Security issues aren't going to disappear into a black hole. It's time that testers took up the challenge. We can do it together.