Nowhere to Hide: Adjusting to Being a Team’s Sole Tester – Nicola Owen 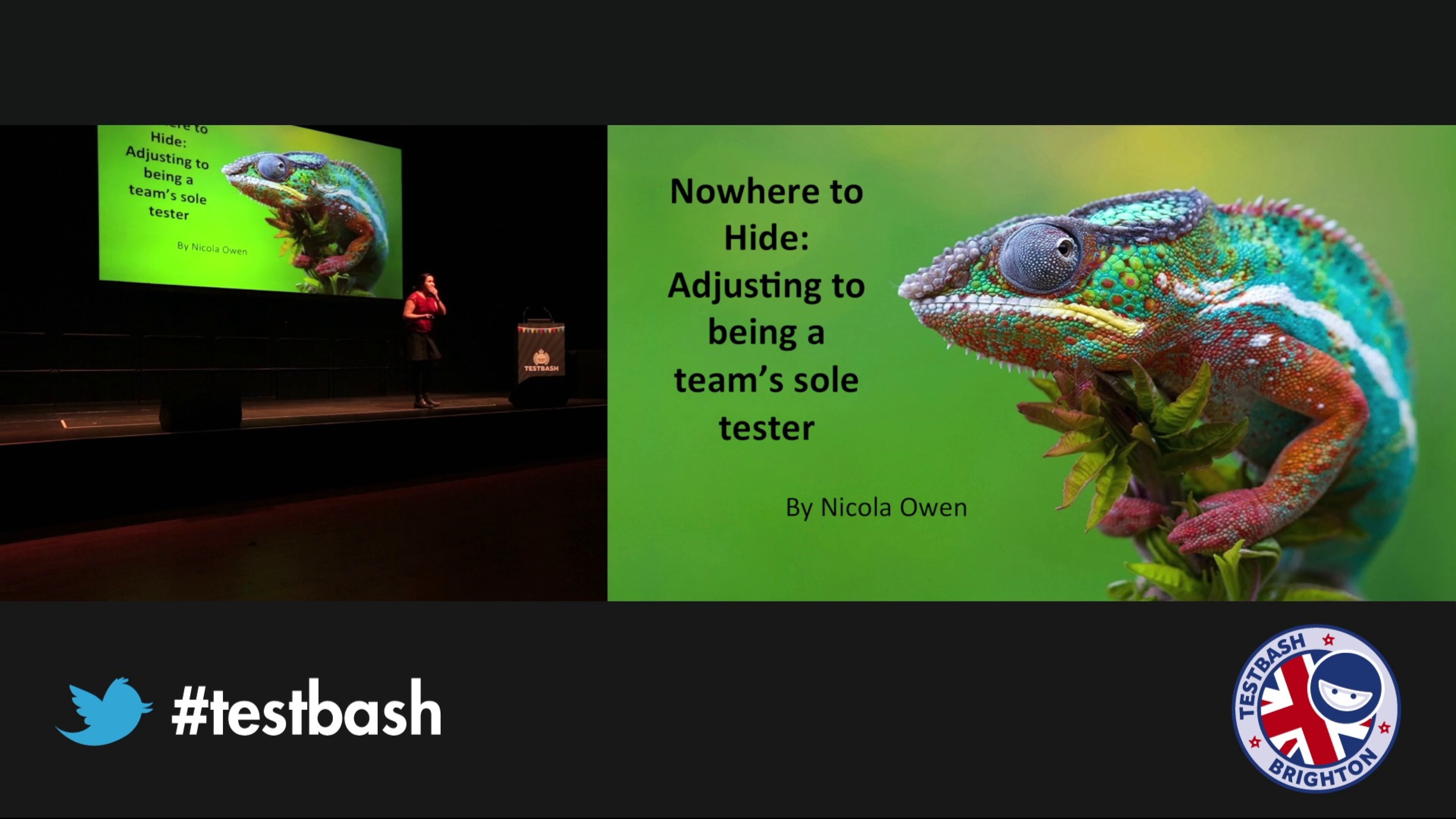 I’ll share my experiences on how I adjusted from working in a group of testers to being a team’s sole tester.

I’ll start by describing the context:

Now there was nowhere to hide. If I messed up, customer care received many calls. If I did did well, our NPS improved for that area.

Not only did I learn the importance of QA reviews, but also of getting input from the developers and business analysts. I initially had to learn this the hard way because I was too proud to ask for help and consequently poor quality software was deployed.

Soon I was making an effort to share mind-maps with the developers before they wrote their code in an effort to prevent bugs. This helped in two ways. Firstly, I didn’t get pushed for time, and have to do a lot of testing at the last minute. Secondly, I didn’t need to pull other testers from their projects.

Being the my team’s only tester encouraged me to work on the craft of testing. Since the consequences of not doing my job well were greater, I wanted to feel confident when software went live. I did this by attending meetups, attending conferences and reading blog posts about other people’s experiences.

Nicola Owen is a Test Consultant with House of Test in Sweden, originally from Auckland, New Zealand. After studying Economics and German at university she decided to delve into the world of testing and hasn’t looked back since. She’s well involved in the testing community as a co-instructor of the BBST Foundations courses and a frequent meet-up attendee. When she’s not at work you’ll find her watching cooking shows, making cookies or running as she listens to dance music. Nicola blogs about software testing at nickytests.blogspot.com. Follow her on Twitter @NicolaO55.