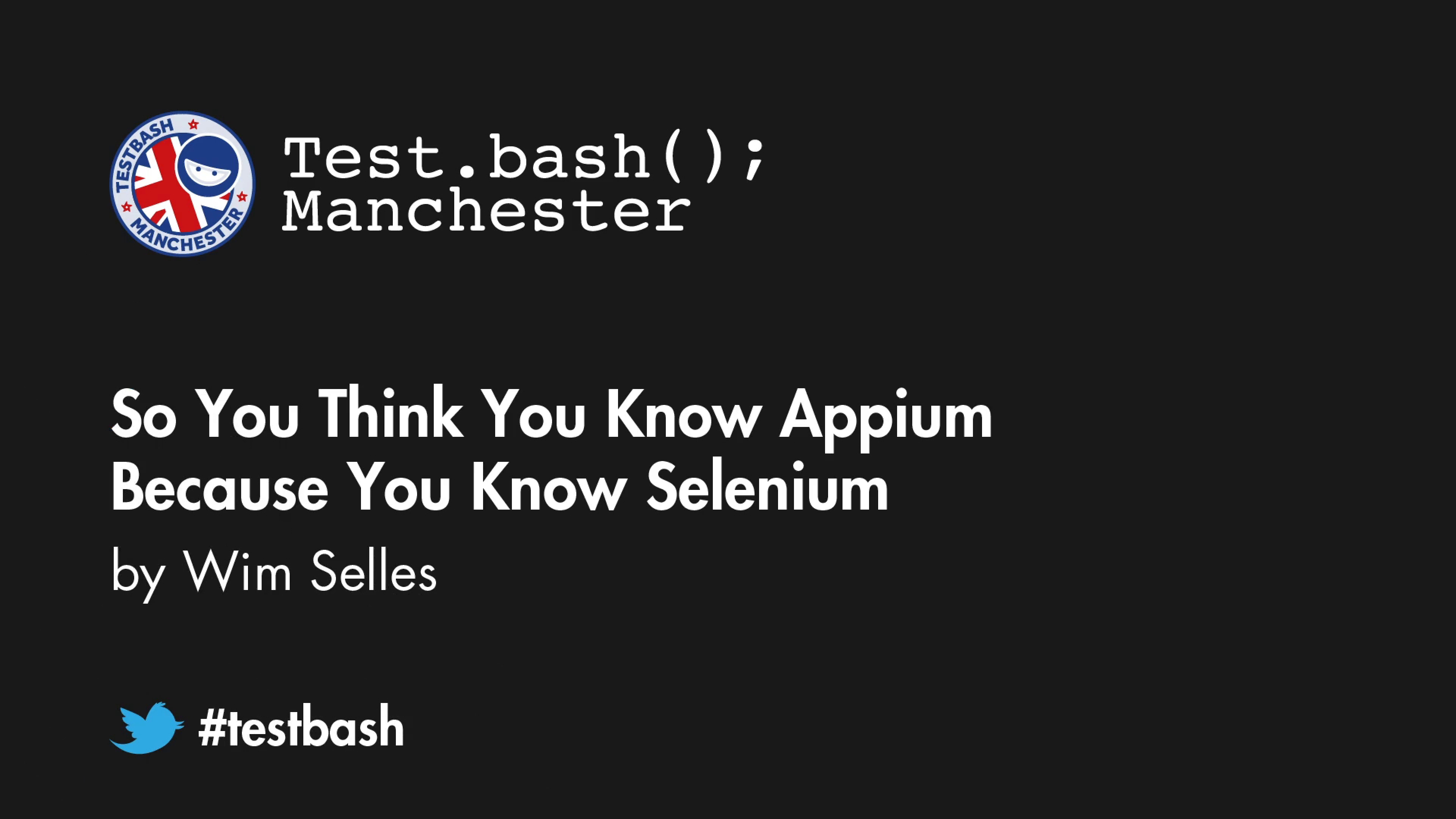 In the last few months, when I helped a lot of people in different automation communities, I saw a lot of people overestimating the "ease" of using Appium with native apps. It seemed that most of them thought that they could use their Selenium and HTML knowledge to automate their native app, but in almost all the cases they found out they made the wrong assumption.

In this talk I'll discuss some key differences between using Selenium and Appium when automating a hybrid and or native app. We'll dive into some most common made assumptions by exploring the differences with a native app. I'll give examples and tips on how to deal with those differences and to prevent the assumptions in the future.