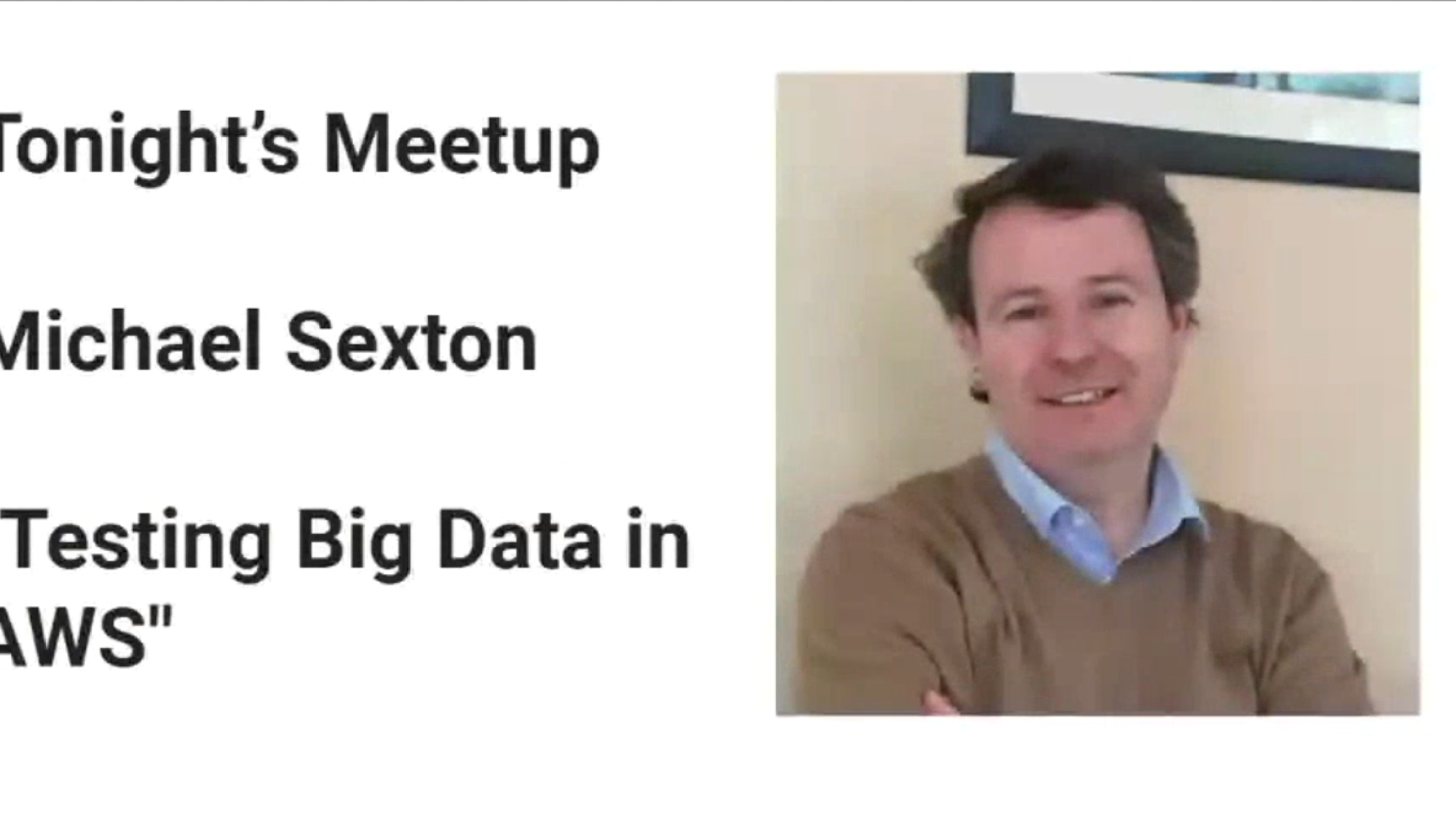 The focus of this presentation is testing big data in the AWS cloud. More and more work is now being done in the cloud, from migrating existing on-prem software to the cloud to developing natively in the cloud. Similarly, there is a colossal amount of data arriving from IoT devices, social media etc. Given how easy it is to create proofs of concept and also to scale up and down and also with no maintenance required of underlying software testing in the cloud things are only going in one direction. For quality reasons, good testing is required in this growing field. The purpose of this talk is to discuss areas that need to be covered while testing the applications handling this data in the cloud. These include the various types of testing and tools involved along with the challenges encountered from the speaker's experience in working with the AWS cloud.

Michael Sexton has worked as test engineer for over twenty-five years with a background in the telecoms and cyber security industries. Michael is employed as a software test engineer in test (SDET) with McAfee Enterprise having previously worked with Alcatel, Ericsson, GoS Networks and Over-C. In Michael's day-to-day work Michael is testing pipelines and their data in the AWS cloud that ferry McAfee data up to the cloud for further analysis. Michael is interested in continuous development and only last month completed his AWS CDA certification. In his spare time, Michael is involved with the McAfee Toastmasters club in Cork, Ireland and also has been known to play the bassoon in a symphony orchestra while others claim he just carries the musical instrument!