Having All Your Testers Code: It Doesn’t Have to be a Big Deal – Anna Baik / Andrew Morton 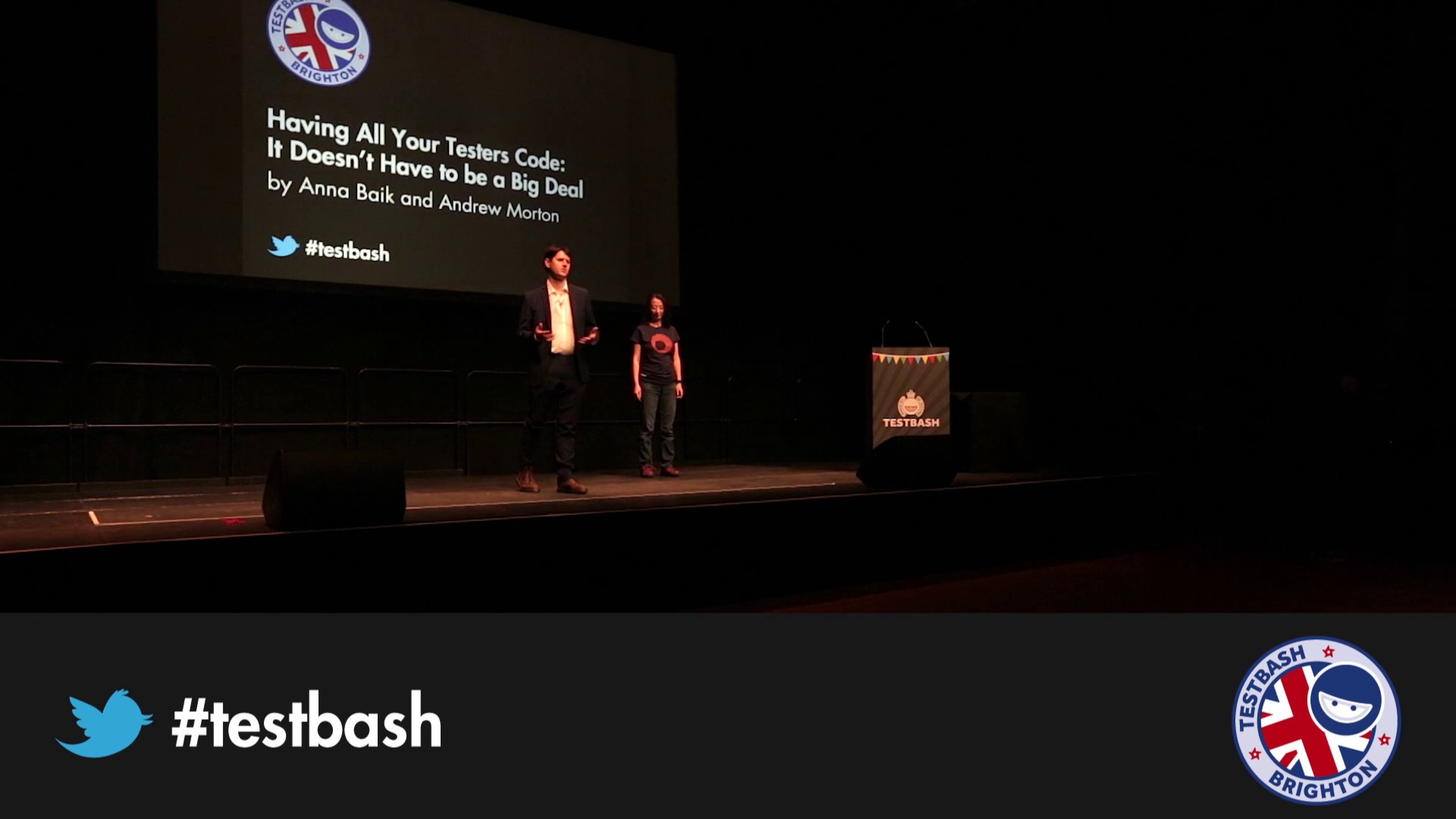 This is our story of how we introduced test automation in our company, and discovered that testers learning to code isn’t a big deal. Code isn’t the hard part. Everything else is the hard part.

We’ll talk about what we got wrong, and then how we put it right, and what’s still a work in progress. Some of that is technical, but most of the interesting problems weren’t technical, but around getting backing from senior management (it’s awesome when your CEO tells you “I want the whole company to be focused on quality”, and then backs it up by giving you the time to work on that), figuring out good ways of working together, and staying together while we climbed up that learning curve without leaving anyone behind.

We’re not promising the ultimate solution here. This is just our story, and what worked for our context. Making it work for us involved ignoring some things other people said wouldn’t work because we knew it would for us, so we’d be the last to prescribe a context-free script for you.

Anna Baik – @testerab: About five years ago, I was seriously considering just getting out of testing forever. So I signed up for Rapid Software Testing, came back thinking “no, dammit, I don’t have crazy ideas. I have perfectly sane ideas in an insane environment”, and quit to find somewhere that would allow me to put these ideas to good use. That took me to Brightpearl.

I help with building the test community in Bristol and elsewhere, having originally started the Weekend Testing Europe chapter and arranging Software Testing Club and South West Test meetups in Bristol.

Andrew Morton – @testingchef: A similar story to many, I fell into software testing about 8 years ago and have not looked back since. It was a couple of years into my career I decided there has to be a better way to test, which led me to find Context-driven testing and I consider myself to be a Context-driven tester. My current context involves a lot of programming, the majority of which is Ruby and Java, and trying to create testing tools and practices to help our development teams.