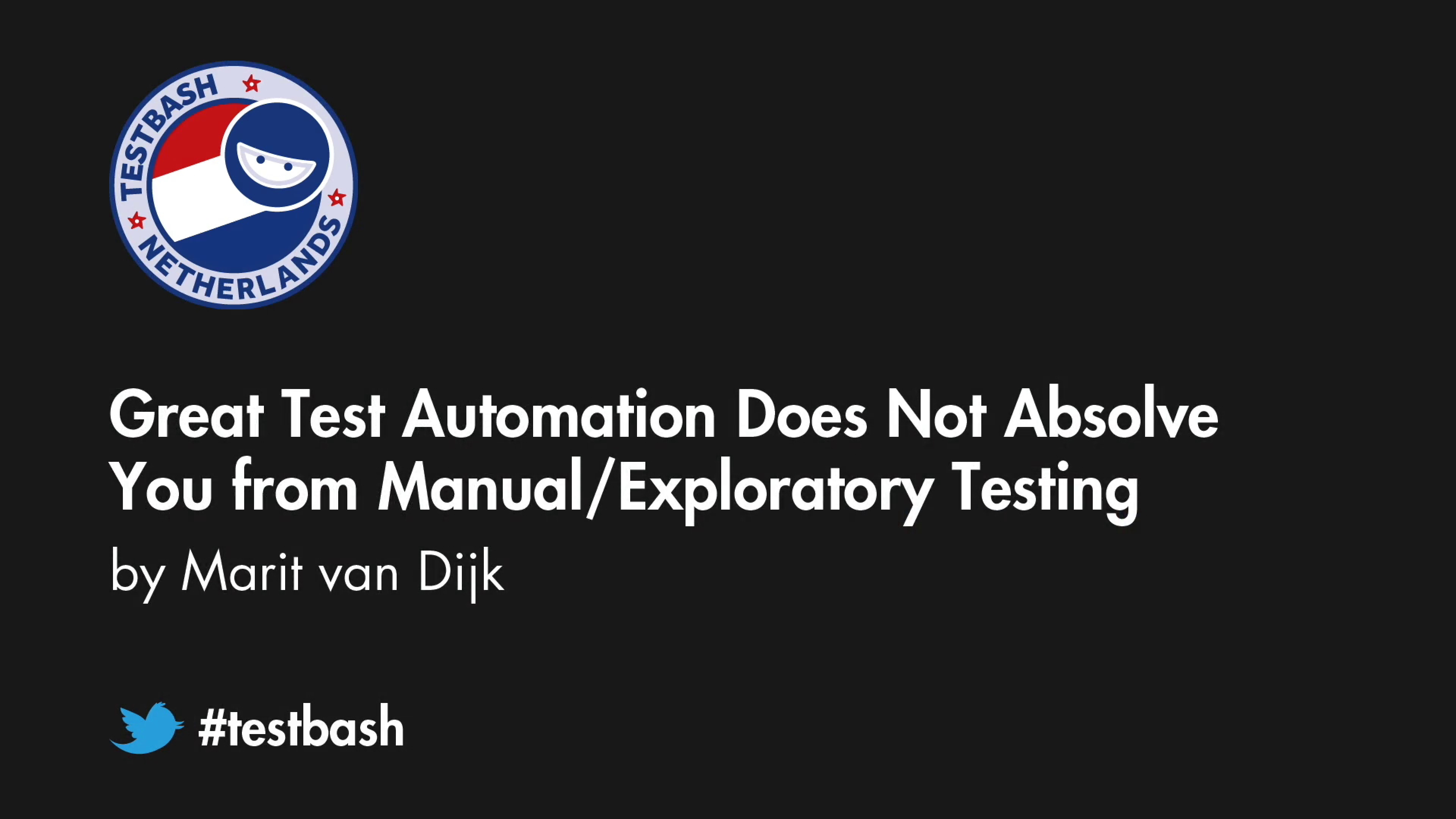 In recent years we've seen a movement to more test automation replacing manual/exploratory testing and even replacing dedicated testers altogether. Many programmers don't like to manually test things. But not everything can (or should) be automated. Some things are hard if not impossible to automate, others are simply not worth the effort. I'll illustrate this with a tale of a new system built by my team where we still found bugs in e2e testing even though we had solid unit and integration test coverage.

Great test automation does not absolve you from manual or exploratory testing. We've seen there's more automated testing than doing manual testing. I've seen people, companies, teams move away from having dedicated testers at all, and I've even heard people say, you know, you should never do any manual testing at all. I have an opinion on that.

Now, I don't like manual testing, especially manual regression testing; I think it's very boring! So, when I got into test automation about five years ago, I was like “automate all the things!” Because automation is fun, you know? I get to write code, listen to Spotify, and get paid to do that; it is awesome! However, I met lots and lots of awesome testers, and I learned that maybe we cannot automate everything. Some things are just too hard, too brittle, it takes too much work; it's more work automating it than it would be to do it manually, especially if you have to maintain those tests (which I have done).

Automation can't tell you what it's like to actually use the thing. To quote my friend Lanette Creamer: "If you don't test it, your users will." And what does that say about how you value your users?