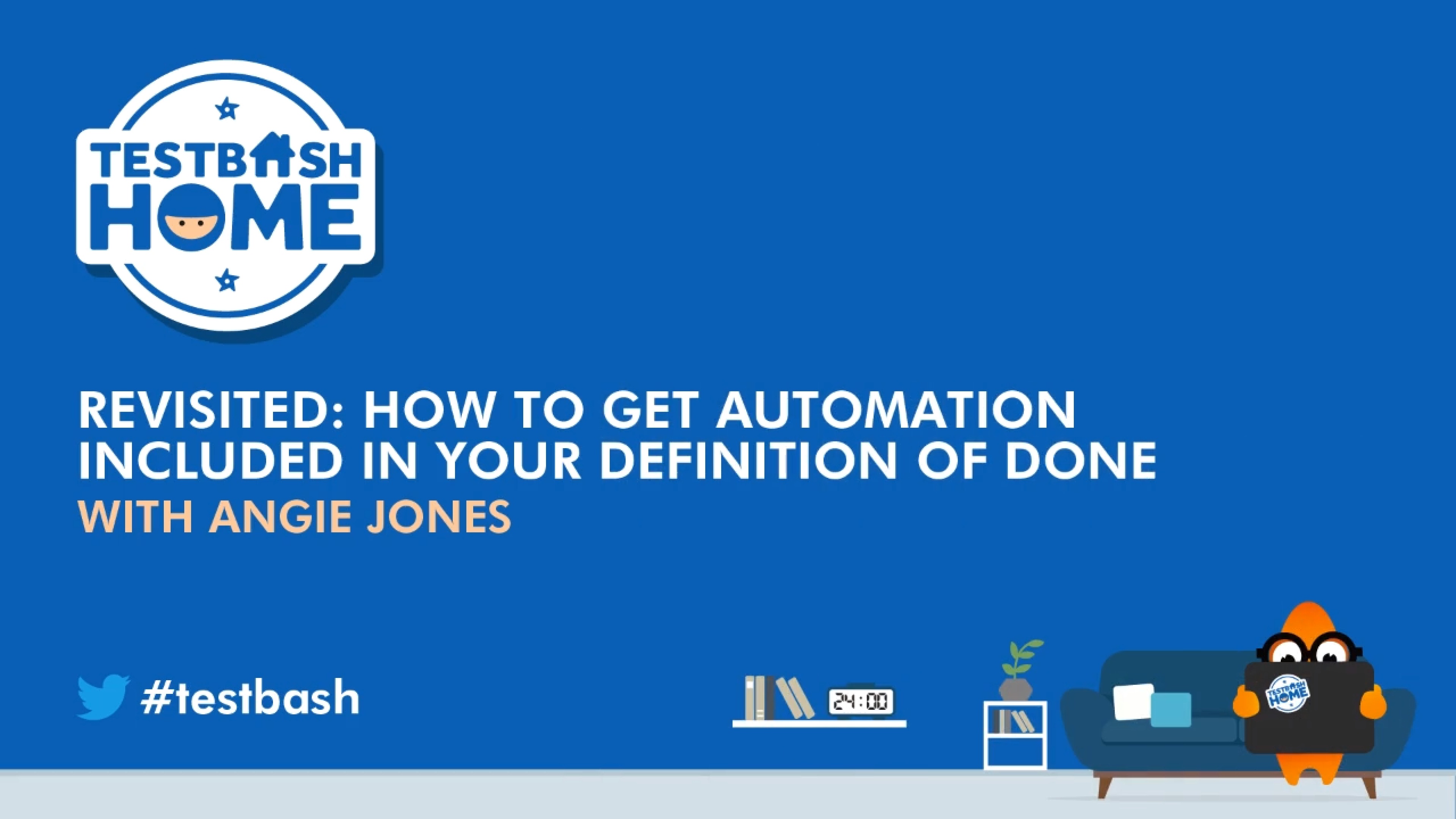 We will be streaming and revisiting "How to Get Automation Included in Your Definition of Done" a previous TestBash talk still relevant for many people in our community today. And the best about it is that Angie Jones will be online to let you know what has changed and answer your questions about what you have learned since!