The Story Of My TestBash Adventure

Not so long ago (February 2018) and not so far away (Wrocław, Poland), there was a junior tester who really wanted to attend TestBash Netherlands. One day, while scrolling her Twitter feed, she discovered that Ministry of Testing was giving away a three-day ticket as a scholarship to TestBash Netherlands. She decided to take her chances – she sat down, wrote an email about how much she loved testing and what it would mean for her to go to TestBash and be able to share the knowledge back at work, she hit send and kept fingers crossed…

I, Marta Woźniak-Semeniuk, was that hopeful tester and a bit over two weeks later while spending the weekend with my in-laws, I jumped out of a bedroom in the morning screaming “YES!” and looking so happy that my mother-in-law was sure I just discovered I was pregnant. I was not (to her disappointment) – I just got an email from Richard Bradshaw saying that I got the scholarship and I was ecstatic!

Next few weeks before TestBash were filled with the excitement that I would attend two workshops and a conference day (my first conference abroad), and a bit of fear of how I will manage a workshop on advanced automation with Angie Jones, given that I’ve only written two or three tests in .NET over a year back. So I got myself a copy of Java For Testers from Alan Richardson and put social life on hold for a while. Here I have to thank my husband, who helped me a lot – even explained classes and objects using our cat Zoltan (I found this hilarious, Zoltan looked not amused). 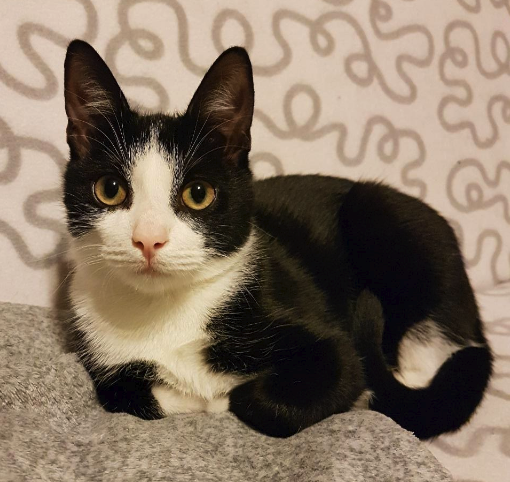 Finally, the time came and I headed to Utrecht, ready for an adventure. And what a splendid adventure it was! Utrecht turned out to be a beautiful city with historic center busy with student life and full of nice restaurants and bars - as I came a day earlier, I got to walk around and explore before focusing on The TestBash Experience.

The first day was a workshop with Angie Jones on UI test automation in Java. It was both demanding and fun - I learned a lot really quickly. Angie coached those of us who sometimes got lost, and those who got it quicker also helped so that by the end of the day all my tests were green and I was so proud of myself!

All green at #testbashnetherlands with @techgirl1908 here at #utrecht
Never thought automation can be so interesting and fun :D pic.twitter.com/AVk2j9hiQr

Afterwards, came time to meet for a few beers and if you have seen the picture of people drinking beer while holding umbrellas in the rain in Huib Schoots twitter, that’s us! Rain is nothing when you’re sat in a good company.

The second day meant another workshop – “The Art and Science of Test Heuristics” with Fiona Charles, and meeting more fellow testers. Heuristics really got all of us attendees talking – we shared a lot of experiences and thoughts about problem-solving and the approaches we take when facing not only testing-related issues. Fiona moderated our discussion, helped us clarify our thoughts and let us play games (which were so addictive we gave up coffee break to play more).

Evening meant, of course, another meeting for drinks. Again, MoT family proved that they are warm, welcoming people – as I was getting my drink looking a bit lonely, looking for somebody to talk to, David Evans saved me with a smile and a nice conversation. Throughout the evening I got to meet new people, talk a bit more with those I already knew and have a drink with some people I did not even dream of talking to a few months back ie.  aforementioned Richard, David, Angie or the TestSphere guy – Beren Van Daele himself.  And I got my 5 minutes of Twitter fame after Richard posted a picture with me.

Let’s Listen, Learn And Have Fun!

Then the conference day came in all its glory. To start the day with a blast, I got myself a TestSphere deck and took part in Lean Coffee hosted by Eddy. I haven’t even heard about Lean Coffee before, but I soon discovered it was a great way to know what testers want to talk about, share experiences and get food for thought. We barely finished in time to get to the main room for the official start of TestBash.

What can I say about listening to Maaret Pyhäjärvi, Marianne Duijst or Geoffrey van der Tas other than it was awesome and I tried to listen intently, note furiously and tweet at the same time so much I wished for a third hand! 😉 One of the many things I learnt about was following the ways of Sherlock Holmes and how to be the change you want to see. After all the talks, I felt brimming with new perspectives, interesting ideas, and knowledge.

In the midst of it, there was networking of course! I found my TestBash TestMatch with Geoffrey, turned out we are both Trekkies - James T. Kirk connecting people.  At the end of the TestBash, there were the famous 99 seconds talks… And I dared to talk too. It was chaotic and I probably slurred from being so nervous, but it was worth it to say out loud: “it is okay to dream big”.

Shout out to everybody who created the wonderful experience that was #TestbashNetherlands : #MinistryOfTesting ppl, volunteers, speakers, workshops leaders and all attendees. Thank you for 3 days I will always remember and all the knowledge and experience you shared ♡ #DreamBig pic.twitter.com/z4EX01ot5J

When I started to test nearly two years ago, I could not imagine going to TestBash, meeting the testing community and getting up on the stage; I got such a power kick to go further. I’m going to dream bigger and smile more when doing the best job I could imagine – testing software! Thank You, Ministry of Testing of giving me the opportunity to be there. Thank You to all the people who made it the amazing and inspiring experience it was. Hopefully see You soon!

I started my testing career 2 years ago and I have been enjoying every moment of it. Before I became tester I was an accountant, editor, translator and bookseller, but testing won my heart (and all the experience came in handy). Enthusiast of Agile and quality in all forms and shapes. Loving the community and always ready to do some networking. In my spare time, I pet my cat and enjoy travelling and all things sci-fi.