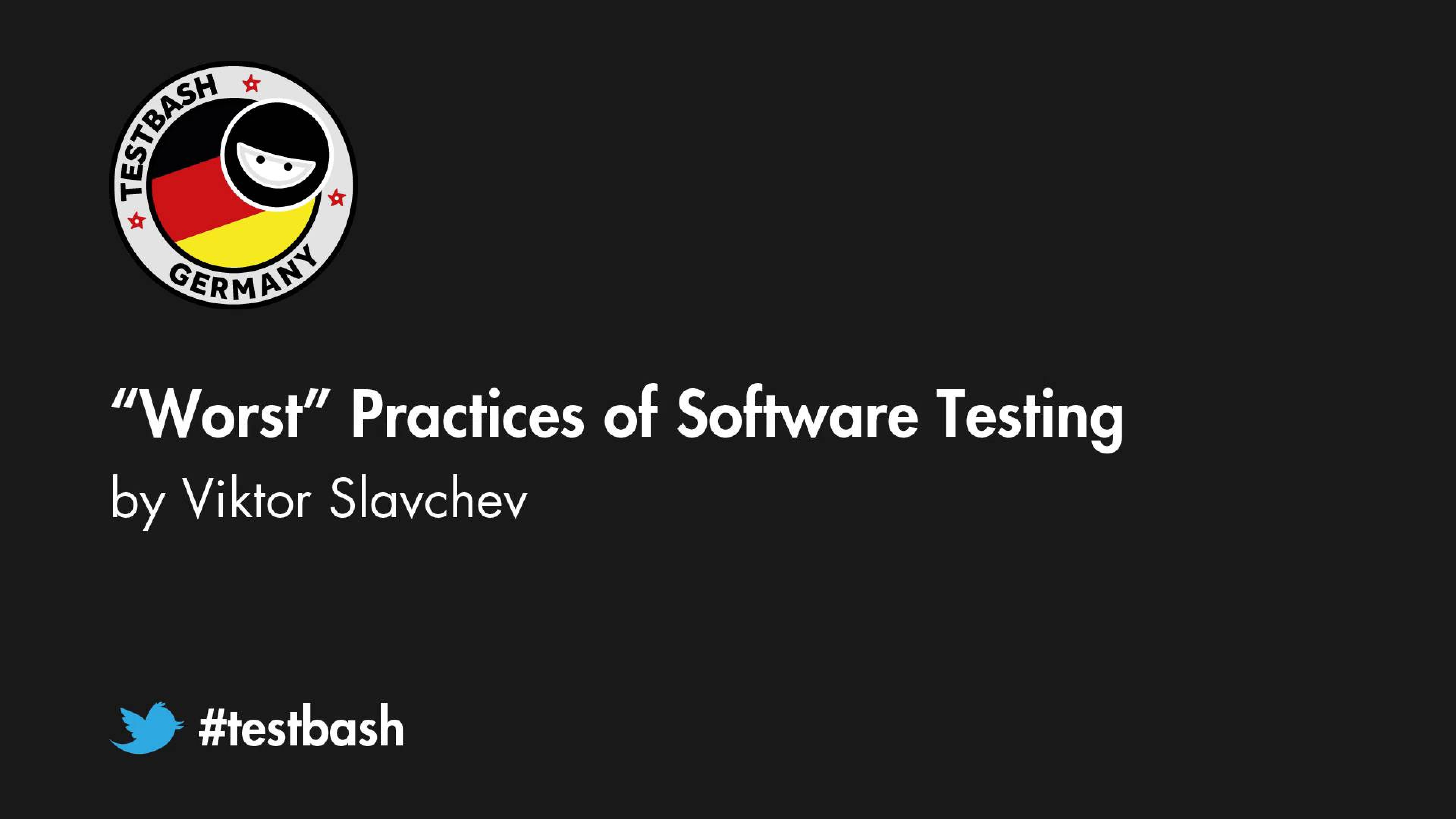 The testing troll is a mythical creature, you probably heard about it in the last year's edition of QA challenge accepted, he’s like the unicorn of software testing, besides the fact he has nothing to do with a unicorn.

What is important about him is - he’s not really nice, he hates clichés and he doesn’t follow best practices in testing. He offers alternatives in these “best practices“ and because they are the total opposite of what everyone is talking about, he calls them worst practices. In fact, he was so committed to his idea of worst practices in software testing that he wrote a book about them. Here how it looks like:

My job will be to present to you the gathered knowledge of the testing troll in the following topics:
How not to: