How to Scale Mobile Testing Across Several Teams - Daniel Knott 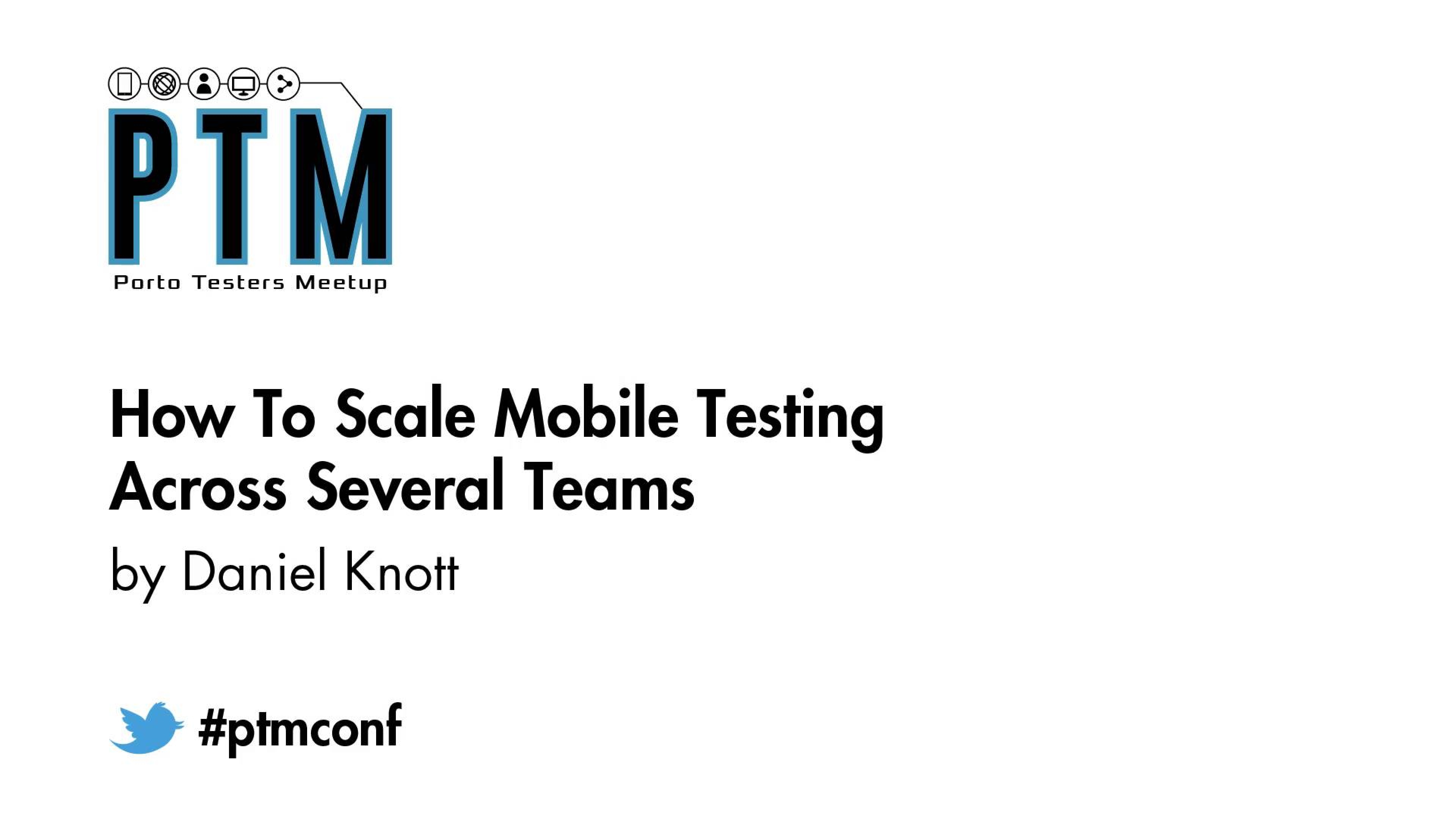 All started in 2010 when XING, the largest business network in German-speaking countries, decided to go mobile and to staff a team with 2 iOS and Android developers, 2 software testers, 1 product manager and a freelance mobile designer. Back then the mobile team developed against a non-public API and tried to catch up with features from the web platform that had been developed over the past 7 years.

In the initial 2 years, everything was working more or less fine, but mobile traffic increased and exceeded half of the overall traffic of XING.com including iOS, Android and Windows Phone. Alongside the increased traffic, customers requested more mobile features, but the feature development speed of the singular mobile team was too slow. The development approach with only one mobile team did not scale compared to over 200 web developers in more than 15 teams. Therefore, the company decided to adapt the scale of the mobile development to the whole company and unleash mobile development onto the web teams.

In this talk, Daniel will show you how XING is scaling mobile development and testing efforts to 7 mobile teams with more than 20 mobile developers and 12 (mobile) software testers. He will explain how the bi-weekly releases are coordinated and organized and how real users play an important role in the release process. The second part of this talk will concentrate on the mobile test automation solutions that are in use within the XING mobile teams and how an internal device cloud was established to provide several devices to all the mobile teams across different locations.